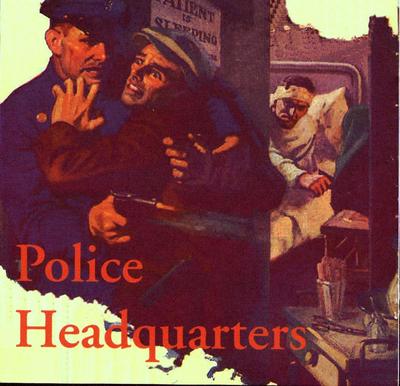 There is not too much known about the series Police Headquarters. There are 39 known episodes of this police procedural series. The series was syndicated on NBC stations in 1932. Each episode is a complete story of 15 minutes, including the silent movie music at the beginning and end. There is not much to the story line: the police are notified of the crime; they investigate at the scene of the crime; and follow the leads to get their man. Best of all each story gives a glimpse into the 1930s and they are interesting to hear. From the Old Time Radio Researcher's Group. See "Note" Section below for more information on the OTRR.

The music and sound fx are good enough; the acting is mediocre. Lots of fluffed lines, really bad dialects.

Still, the writing carries it through.

Uploaded by OTRRArchive on November 18, 2009